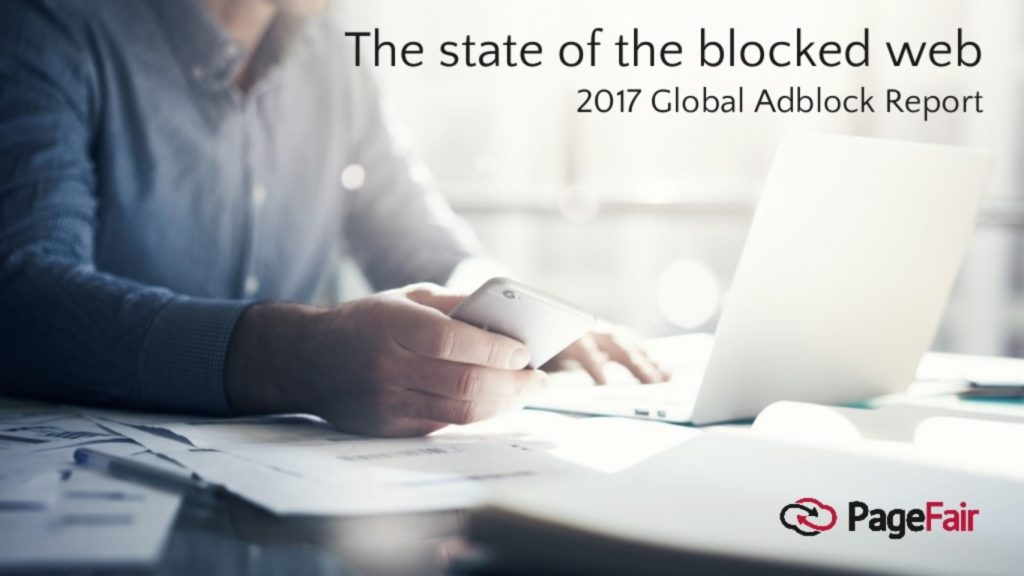 These numbers come from PageFair’s “State of the Blocked Web” report, which was just released this week.

“The state of the blocked web is the first unified data available for both mobile and desktop adblock usage,” PageFair CEO Sean Blanchfield said. “It reveals that the ‘blocked web’ –the part of the web where users block ads–has grown to 11% of the global online population.” Blanchfield noted that growth of ad blockers “is a serious challenge to the digital media industry, but it is also a singular opportunity to start over, avoid the mistakes of the past, and serve ads that don’t annoy users.”

Of course, the rise in ad blocking software poses a particularly large threat to people who make money with their personal blogs.

The report also shows that ad blocking software has spread far beyond the young male demographic (traditionally the early adopters of most new technology). In every single age bracket from 18 to over 65, around 15 to 20% of people use ad blocking software. Males still do use the software more than females, but only by 5 to 8% in all demographics.

The study also showed a pretty clear divide geographically when it comes to mobile vs. desktop usage. 94% of mobile ad block usage was from the Asia-Pacific area, while almost 70% of desktop ad blocking came from North America. That makes sense when you consider that desktop computers were the primary way Americans accessed the internet when ad blocking came around while China largely bypassed desktop computers and went straight to mobile.

If you’re considering starting your own blog, this rise is something you’ll definitely want to be aware of. A blog may not be the money making opportunity it was before, but there are still certainly lots of ways to monetize a blog if you have quality content.