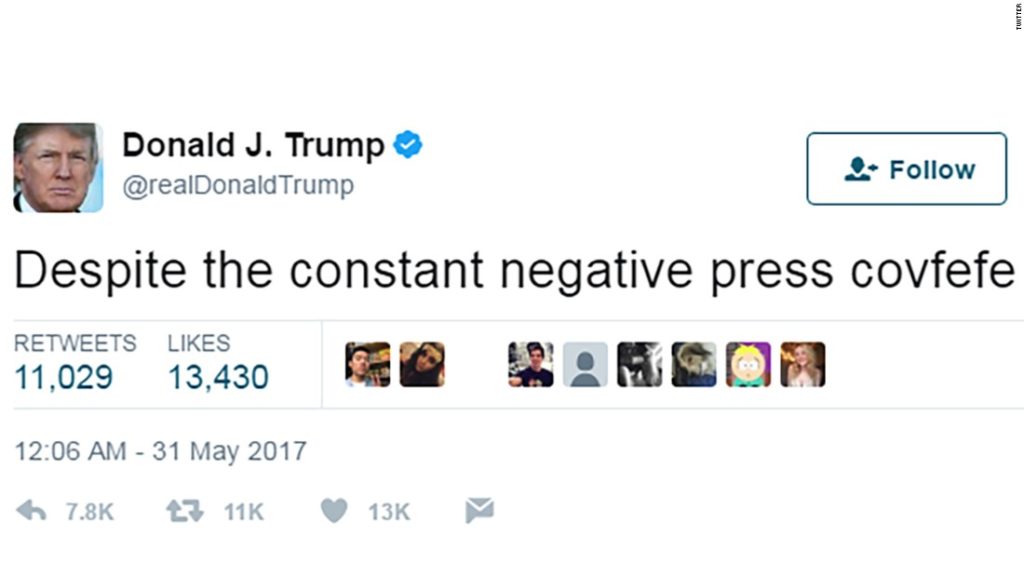 The “Communications Over Various Feeds Electronically for Engagement” Act, which bears the acronym of an infamous word President Donald Trump used in a Twitter typo last month, would actually amend the current Presidential Records Act to encompass all social media postings. Since presidential records must be preserved, that means it would be illegal for a tweet from the president to be deleted.

The name of the act, COVFEFE, comes from an ill-fated attempt at a Twitter message from Donald Trump that simply stated, “Despite the constant negative press covfefe.” While it was widely regarded as just a typo, Trump’s camp (hopefully, jokingly) insisted the wording was intentional.

“President Trump’s frequent, unfiltered use of his personal Twitter account as a means of official communication is unprecedented. If the President is going to take to social media to make sudden public policy proclamations,” said Illinois Representative Mike Quigley, who introduced the legislation, ” we must ensure that these statements are documented and preserved for future reference. Tweets are powerful, and the President must be held accountable for every post.”

Earlier this year, a spokesperson from the National Archives noted that social media posts would qualify as official presidential records, but that wasn’t expressly stated by law.

This would be Rep. Quigley’s second use of an acronym to take a jab at President Trump. He earlier proposed the “Making Access Records Available to Lead American Government Openness” (or MARALAGO) Act to force the president to make White House visitor logs, as well as the visitor logs at Trump resorts public information.