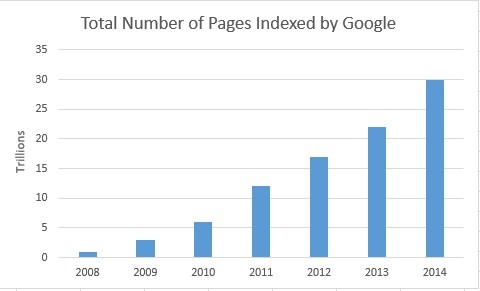 Based on the most recent data available, Google had indexed more than 30 trillion individual web pages across 1 billion web sites in 2014, according to StatisticBrain. Only 5 years earlier, that number was “just” 3 trillion, and in 2008, Google’s index had 1 trillion pages. In other words, the number of pages on the web increased by 900% in just 5 short years.

To store this information, Google uses more than 920,000 servers and stores more than 100 billion gigabytes of data. Google’s internet storage capacity needs are so massive, they account for more than 0.01% of the total worldwide electricity usage. Think about that.

The internet is seeing exponential growth with each passing year, both in terms of the number of pages as well as the total number of active users.

In total, there are more than 1 billion websites on the Internet. Most of those websites will never be visited by a real, live user, and instead play to an audience of crawl and spam bots. However, the average person is interacting with more web pages on a daily basis than ever before, and we can expect that trend to continue. 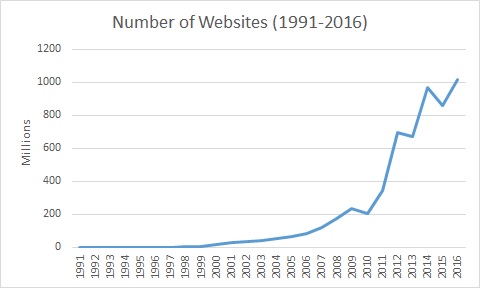 What is Driving the Growth in Web Pages?

The growth in the total number of web pages is driven by several different factors. As the internet has continued to grow and evolve, the old cliche’ that “content is king” continues to ring true for companies of all sizes.

While one might think that this inhibits their ability to control the quality of their content (and it likely does), the Washington Post has enjoyed incredible growth that can be directly attributed to their blanket-content strategy. The Washington Post has seen their visitors grow more than 28% over the last year. They even managed to surpass the New York Times in late 2015.

This is one example of companies ramping up their content publishing efforts and reaping the benefits. But where is the demand for this content coming from? Companies wouldn’t publish 1,200 pieces of content per day unless it was paying off on the backend. 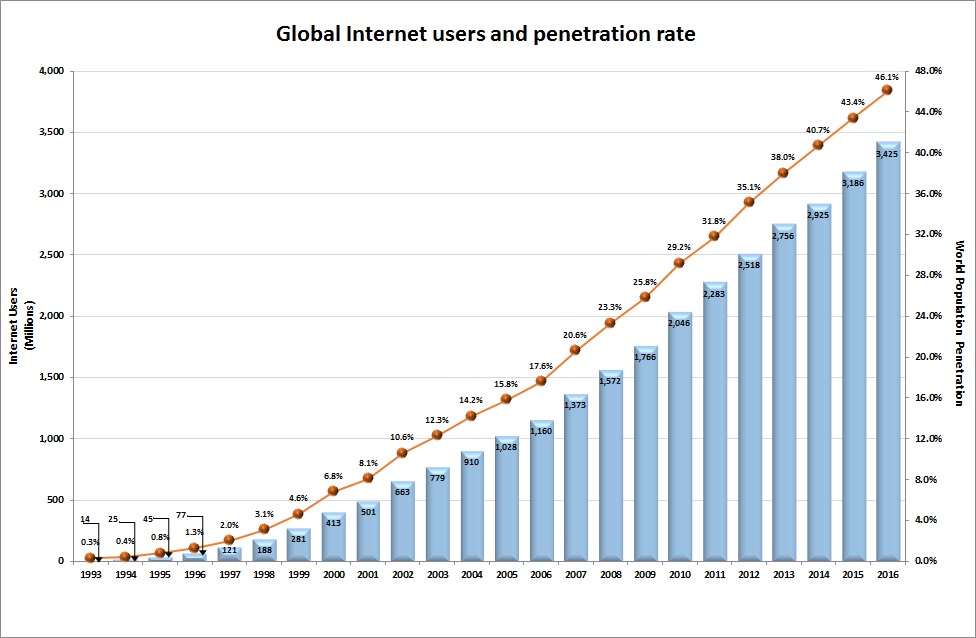 There are many potential reasons why publishing more content has been such an attractive prospect for brands around the world. But will this trend continue into the future?

What the Future Holds for Google’s Index and Content Marketing

Will the trend of rapid increases in content publishing continue into the future?

Definitely. In fact, if anything, we will see the trend continue to grow for the foreseeable future. Some of the reasons why publishing content will continue to be beneficial for companies well into the next decade include:

The rapid growth in Google’s index is an excellent indicator for the direction of the internet as a whole – growth. Forward-thinking companies can see the writing on the wall. The rewards for companies that begin heavily investing in content now are apparent and will pay off for years to come.