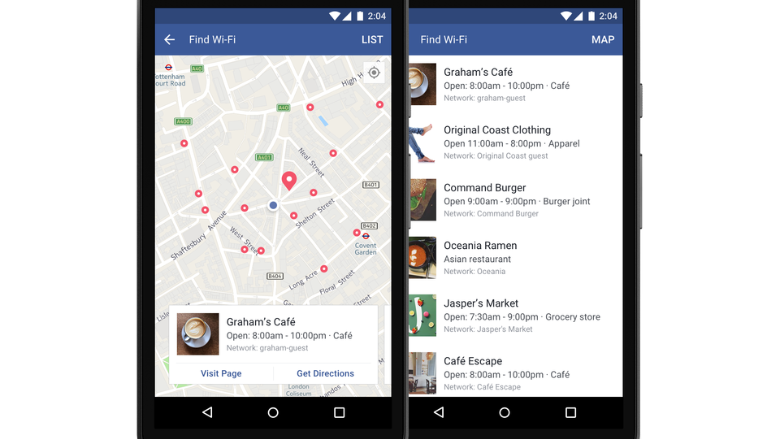 In an effort to be more than just a social media site, Facebook has introduced several new features over the past year that go beyond just communicating with friends. And the newest one, which debuted this week, may be their most popular yet.

Starting this week, Facebook is rolling out a “Find Wi-Fi” feature to all to iPhone and Android users around the world. The feature will let people search for free or public internet close to their current location.

The feature isn’t just popular for people who travel or are always on the go, Facebook wrote in a blog post, but in places where cellular data isn’t common. In fact, the feature will likely end up being much more useful in those environments.

To use the feature, users just need to click the “More” tab at the top of the Facebook app, then tap “Find Wi-Fi.” It’s worth noting though, that while the feature will list nearby free wi-fi spots, it will very likely leave a lot of them out. Facebook’s data about wi-fi locations is based on businesses’ pages though, which means you’ll only see a place listed if they chose to list that data on their public Facebook page.

Of course, that also means you’ll need to enable the app’s location history, which adds your location to its activity log even if you’re not using the app.

In addition to just finding the closest internet connection though, Facebook hopes the feature will help people find new places in their community. A quick detour to get wi-fi, the site says, could help someone discover a coffee shop or bakery they never knew about.

It looks like Facebook really is taking its mission to connect the world to heart, so expect to see more things like this in the future.