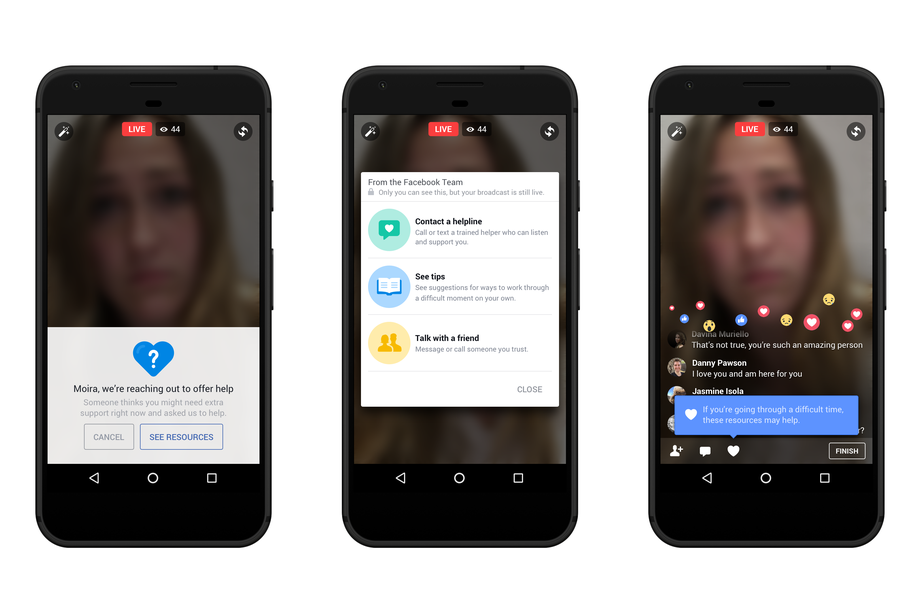 Facebook has several suicide prevention tools already in place, but now those tools are being brought to the site’s Live and Messenger features.

After a period of decline in the early and mid 90s, suicide rates have skyrocketed in young adults age 15 to 29. Suicide is now the second leading cause of death for people in that age group. And after several people used the Facebook live service to stream their suicides to an audience, the social network decided it was time to take action. Since Facebook is a popular outlet for people to share their feelings and vent or rant about their life, this is simply a way to reach people where they are – and when they’re in need.

“Facebook is in a unique position — through friendships on the site — to help connect a person in distress with people who can support them,” a blog post said. “It’s part of our ongoing effort to help build a safe community on and off Facebook.”