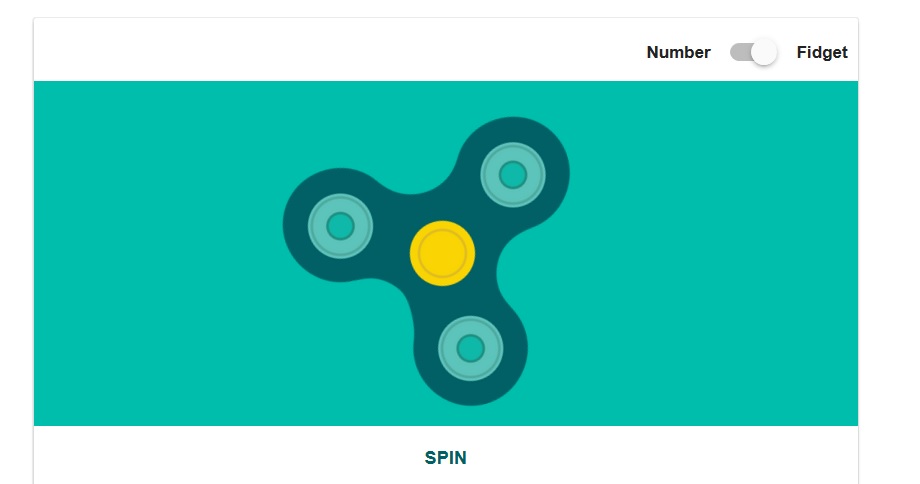 Just when you thought the fidget spinner fad was dead, there’s a new way to waste time online. If you search Google for the word “spinner,” a digital version of 2017’s fasted fad pops up.

When users click the word “spin” or slide the device with a fingertip or mouse, it springs into motion, eventually slowing to a stop. Clicking again makes it spin faster. There’s no sound though, and it will probably lose its charm after a spin or two, but but it’s worth checking out at least once.

The trick works on both desktop and on mobile devices. It was just unveiled a few days ago, which means Google was about two months too late on the trend.

Of course, Google is far from the first company to create a digital spinner. Just as soon as the fad started hitting schools, apps began popping up on the Google Play and Apple Store. It’s ironic that a digital spinner sort of misses the entire point of the device in the first place, but that’s not important here.

In addition to a fidget spinner, a toggle button on top actually turns the display into something else: a virtual spinning number wheel that lands on a random number. The numbers can be adjusted anywhere between 2 and 20. Nowhere near as trendy, but immensely more useful.

In light of recent news that fidget spinners may actually be a little dangerous (Germany recently banned the import of 35 tons of fidget spinners and plans to crush them), Google’s version has an advantage there.

While there’s no evidence fidget spinners actually reduce anxiety, there may be some truth that the device helps people focus. So the next time you can’t seem to get on task online, you may just be a Google search away from getting on track.

Be the first to comment on "Google Unveils Digital Fidget Spinner"