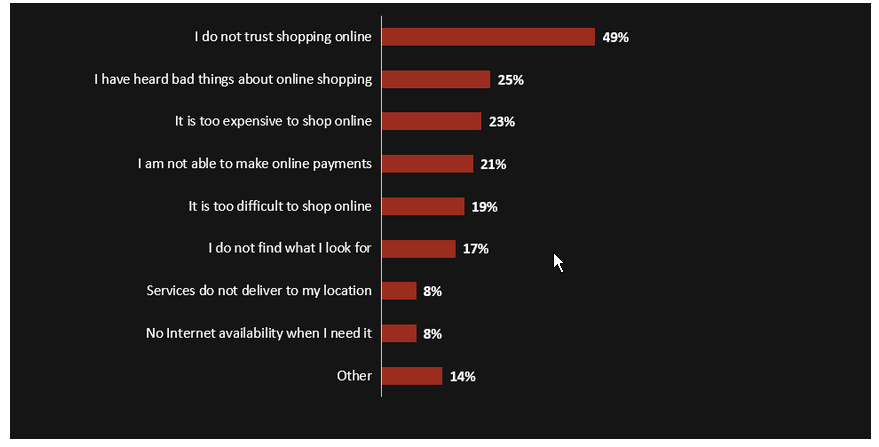 The survey was conducted by Ipsos, along with the Centre for International Governance Innovation. As data breaches rise and reports of election hacking plague several European nations, the issue of online privacy is more prominent than ever before. And this survey shows that it may actually be hindering the digital economy’s development.

The 2017 “CIGI-Ipsos Global Survey on Internet Security & Trust” shows that a large portion of the population today is worried about online privacy, with cybercriminals being the top concern at 82%. Internet companies were the next highest worry point at 74%, with governments themselves worrying 65% of the population. Those concerns aren’t necessarily spread evenly across the globe though, with people in the Middle East, Africa and Latin America being far more likely to say offline due to privacy concerns than those is other nations.

Trust if the lifeblood of the internet, said Fen Osler Hampson, CIGI’s Director of Global Security & Politics. “And when that is damaged, the consequences for the digital economy are nearly irreparable The results of this global survey offer a glimpse into why policymakers should be concerned, and why there is a strong link between user trust and the health of e-commerce.”

And it turns out, location matters. 55% of people said they would prefer purchasing goods and services online that were made in their own country.

Also interesting in the survey was the discrepancy in how shoppers purchase goods online. In China, Indonesia, and India, nearly 90% of survey respondents said they would be making a mobile payment with their smart phone in the next year. That’s a massive number compared to the 30% of population that expect to make the same style of payment in France, Germany and Japan.

Approximately 25,000 internet users in 24 nations were contacted for this survey between December 2016 and March 2017.