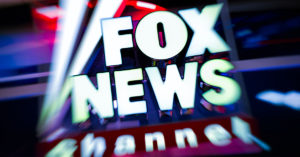 Streaming isn’t just for entertainment anymore. Now that more and more households have begun cutting the cable, news networks like FOX News have begun moving their content online in order to stay relevant in what will soon become a post-cable world. While there aren’t any ways to necessarily watch FOX News online free, there are many different streaming services which provide streams of FOX News as part of their base packages. On top of that, there are a few ways to watch FOX News content and clips for free, just not necessarily a live stream of the network itself.

Want to stream FOX News? Check out our list of five ways to watch FOX News online without cable.

DIRECTV NOW is a great way to watch watch FOX News without cable. Aside from offering a FOX News live stream, DIRECTV NOW brings many of the most-watched cable and broadcast networks together into one easy streaming package for just $35 a month.

fuboTV might have begun as primarily a way to stream the world’s best international and club soccer but the streaming service has quickly become one of the best options for an all-in-one streaming television provider.

If you’re looking for FOX News streaming plus the best in cable-free sports packages, check out fuboTV’s free 7-day trial.

PlayStation owners interested in seeing what Vue has to offer can sign up for a free 5-day trial.

If you want to remain cable free and don’t want to dive right into a streaming service subscription just to stay updated with fox news, luckily the FOX News website has plenty of ways you can watch content from FOX News online for free. FOX News keeps their site updated with plenty of free video content from many of their most popular programs, as well as news clips to keep you updated with the most recent headlines.

Like most major news and cable networks, FOX News has their own dedicated app. The app requires a paid television subscriber login, but allows users to take FOX News and FOX Business Channel with them wherever they may go – with a Wi-Fi connection, of course. All news articles viewed through the app come with enhanced content like videos, lists, and slideshows