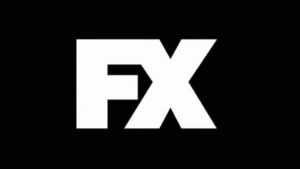 The FX network has become one of the most popular cable networks thanks to the many groundbreaking and critically-acclaimed original series the channel has been putting out in recent years. From It’s Always Sunny in Philadelphia to Snowfall, from The Americans to Fargo, FX now boasts some of the best original programming on cable and something for everyone. Luckily, there are more ways than ever to watch FX online. FX now has its own dedicated app, FXNOW, but more and more big-name streaming packages enable FX streaming right to your favorite devices.

Want to stream FX without cable? Check out our list of five ways you can stream FX right now.

New DIRECTV NOW customers can try the service with no strings attached with a seven-day free trial period.

Sling TV was unveiled in 2015 as one of the first completely cable-free streaming packages. Sling TV offers several different packages and single channel add-ons to let users customize their subscriptions to fit any needs.

Have you tried Sling TV yet? If not, Sling TV currently offers a free seven-day trial of their “Sling Orange” package.

fuboTV is quickly becoming a household name in over-the-top streaming services. FuboTV initially began as a service to provide the best international soccer without the need for cable, but it has since grown into a great all-in-one television package.

Want to see what all the fuss over fubo is about? Check out their free 7-day trial.

PlayStation has become much more than a gaming rig. With the PlayStation Vue streaming service, you can stream FX and dozens of other cable networks right from your PlayStation game console.

What list of perks would be complete without a free trial? New Vue users can give the streaming service a shot for five days.

While there aren’t exactly any (legal) ways to watch FX online free, many cable subscribers might be surprised to learn that FX now has its own dedicated streaming app: FXNOW. Because hey, cord cutting doesn’t necessarily mean avoiding cable subscriptions altogether; while cable is nice at home, the FXNOW app lets cable subscribers take FX with them on the go. The FXNOW app requires users to sign in using their television provider and puts the world of FX content in your pocket.