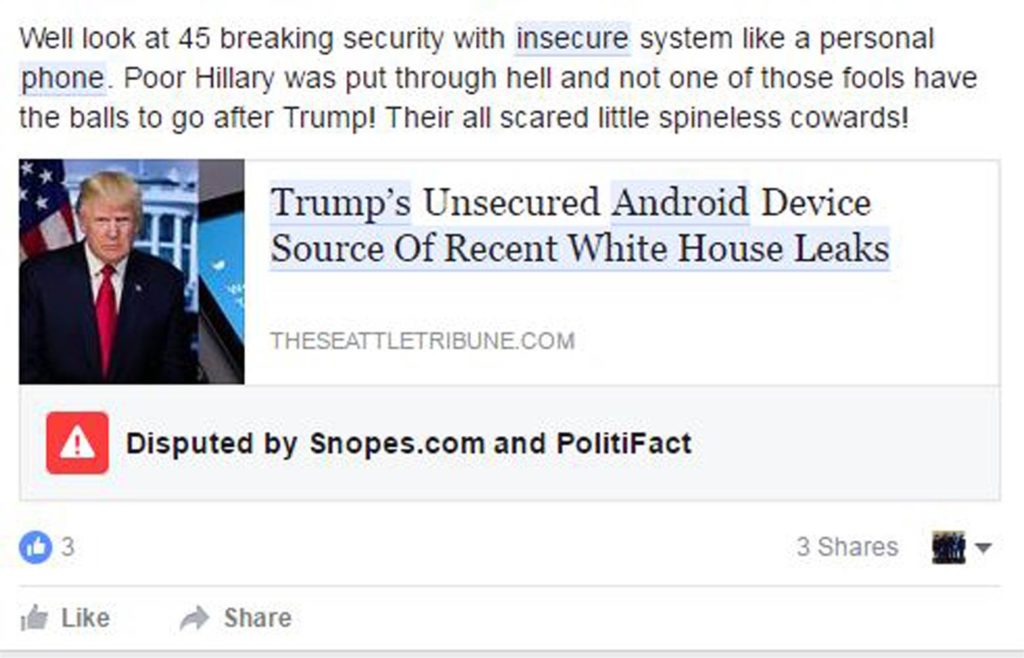 The term “fake news” has been brandished quite a bit in recent months, with notorious whistleblower Edward Snowden even going so far as to say that fake news on Facebook actually influenced the American Presidential election in 2016. Now, Facebook is taking steps to make fake news a little more apparent.

Facebook will soon be adding a “disputed” tag on stories that are reported as false by third party organizations like Snopes and Politifact. If those groups determine an article isn’t necessarily true, the article will be noted with a tag every time it’s shared, along with an explanation of why it’s potentially false.

For now, Facebook is partnering with well known fact checking organizations that are signatories of the Poynter’s International Fact Checking Code of Principles. Facebook users can flag stories as “fake news,” and when a story receives enough complaints, it’s passed on to these fact checkers. If they agree the link is misleading, a “disputed” tag appears.

The feature hasn’t officially been announced yet, but Twitter users have shared screenshots of the tag (in this case, it was on a link to a site known for misinformation). The “disputed” tag won’t stop someone from sharing a piece, but they will receive a warning when they try to share a flagged story. And if a disputed story is shared, it will appear lower in the newsfeed of everyone who follows that person.

Facebook has similar efforts underway in German and France as those countries approach their own elections, plus in Europe, where the European Union is working to reduce the spread of misinformation.

Whether you’re a seasoned blogger or just starting your own blog, you know that avoiding posting false news is important. So as Facebook keeps fighting fake news, expect it to be more and more difficult to find.