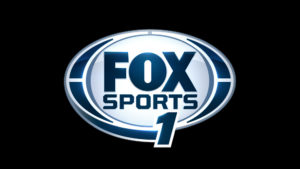 One of the fastest-growing areas of the streaming world is live sports streaming, and luckily there are more ways than ever to stream sports online. Fox Sports 1 (FS1) has stepped up as a leader in sports streaming, offering FS1 live streams of Major League Baseball, Pac-12 and Big 12 Conference football, and some of the best professional soccer from around the world. There are a wide variety of ways to watch FS1 online, from dedicated apps to numerous streaming services which stream FS1.

Want to watch FS1 without cable? Check out our list of five ways you can catch your favorite sports on FS1 streaming.

FuboTV is quickly becoming one of the go-to streaming services for sports, particularly international soccer. Aside from sports, FuboTV offers live streams of nearly 60 channels including many of the most popular cable networks.

AT&T TV NOW has become one of the best values for an all-in-one streaming solution. For a monthly subscription of $65 a month, subscribers can watch watch FS1 online free, plus live streams of over 40 other channels including some of the most in-demand cable networks.

If you think AT&T TV NOW might be right for you, prospective users can sign up for a seven-day free trial period.

Sling TV is currently offering a free seven-day trial of its Sling Orange package. Details can be found here.

PlayStation isn’t just for gaming anymore. Sony’s PlayStation Vue streaming service is now a full-fledged cable-cutting solution. With the Vue network, PlayStation owners can access an entire world of streaming video through their gaming consoles – and even take it with them on some supported mobile devices.

If you already have a cable subscription and just need a stay to stream FS1 on the go, the FOXSportsGo app is just what you’re looking for. FOX Sports GO provides live streams of major sporting events, plus coverage of some local NBA and MLB teams.