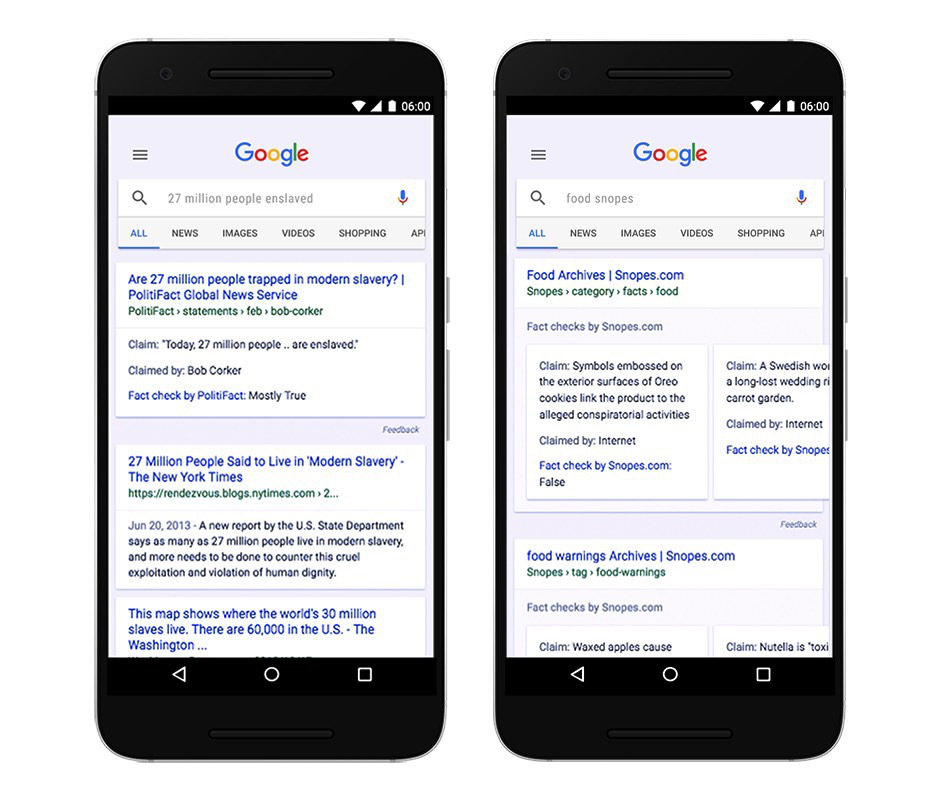 Is fake news on the way out? Google and Facebook hope so, and both companies are taking new steps to help people identify a misleading news story.

Facebook has likely been the biggest source of fake news in recent months, with many people saying the false stories actually influenced the Presidential election. But of course that’s no fault of Facebook. They didn’t actually distribute misinformation on their own, but people did figured out how to take advantage of their services to spread false stories.

Both Facebook and Google, however, have separately announced changes in recent weeks to fight the phenomenon.

On Google’s end, they’re introducing a new “fact check” label. The tag will appear on both their traditional search and their news site, and will be applied to articles that have been verified by news publishers and fact checking organizations. Google won’t be doing any of the actual checking, but says users will be able to clearly see the “fact check” tag. Of course, not every news story will be verified, but Google’s hope is that viral stories that turn out to be fake can quickly be quelled. 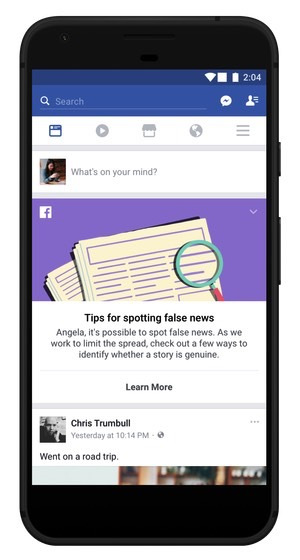 Shown above, Facebook’s “Tips for spotting false news” tool will be shown to users in 14 selected countries. For a few days, they’ll see it displayed at the top their news feed. The tool gives users easy tips to weed out fake news, including verifying that it’s from a legit publisher and vetting it against other sources. And it was just last month that the company rolled out their “disputed” tag for stories that were pegged as false.

Both companies have said they won’t intervene directly with regards to fake news. If a user wants to search for or share a story that’s known to be false, they can. If someone wants to start a blog with parody news articles, they’re free to. But if Google makes that story harder to find and Facebook makes it less attractive to publish in the first place, we could finally see an internet where it’s a lot easier to trust a viral story.