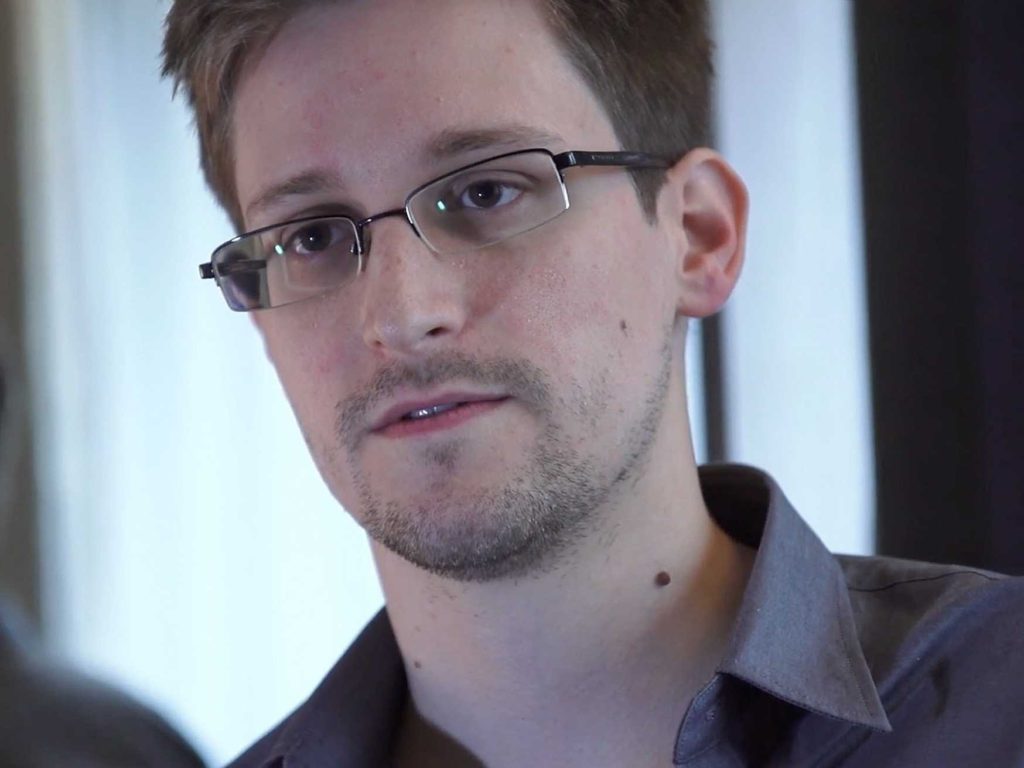 We’re at “the crossroads of history,” one of the world’s most most notorious whistleblowers recently said, and we’re headed in the wrong direction.

Speaking from Russia, Edward Snowden recently spoke about how governments around the world are conducting an assault on freedom. The very basics of democracy are under attack, he said, as is political legitimacy when politicians like President Donald Trump wage a war on free speech they call “fake news.”

The former U.S. National Security Agency contractor told the Estoril Conference (a meeting held in Portugal on human rights and migration) this week that “The costs of autocracy is illegitimacy, and though none of us have wished for this, it is increasingly near.”

Snowden was speaking via video from Moscow, where he has been in asylum since 2013 after revealing classified details of surveillance programs by U.S. intelligence agencies. While civil rights activists around the globe view him as a hero, he’s currently wanted in America to stand trial for espionage.

“The denunciation of inconvenient journalism as fake news and the prosecution of those who are speaking facts,” he said, are an indicator of a world of fear. “A government willing to trade public awareness for political comfort may rule, but they do not lead,” he said.

And while it’s indeed no secret that fake news is a problem today, Snowden says there’s a much bigger problem at hand: the fact that people are relying on Facebook for news too much and aren’t thinking enough on their own.

On the idea that militants posing as immigrants is the biggest current threat, Snowden said that potentially losing rights was a much bigger concern. Making the focus on criminals, he says, is “the laziest kind of rhetoric. As much damage as terrorists can do, as evil as they are, they don’t have the ability to take away rights. “Only we can do that, through unthinking, reflexive fear,” he said.

Be the first to comment on "Snowden: Attacks On ‘Fake News’ Threatening Democracy"